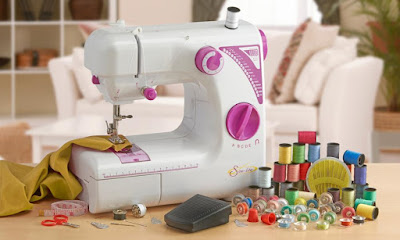 metasthenic ~ having strong haunches or hindquarters

The wheel turns and the seasons change. It’s still not all that warm, and the wind is particularly bitter, but the sun has been out more often than not lately and the oppressive gloom of winter is slowly lifting.

My big accomplishment for the weekend was getting a new zipper sewn into my black winter jacket. You know, just in time for the weather to warm up enough so I won’t get a chance to wear it.

This jacket was a thrift store find and I only got to wear it a few times before the metal zipper in it kept sticking and/or separating when it wasn’t supposed to. I actually paid more for the replacement zipper than I did for the jacket itself, but I really like the jacket so I figured it was worth it.

That feeling lasted until I actually sat down to put the new zipper in. Ripping out the old zipper was no problem, but my sewing machine did not like the thread I was using (it kept breaking) nor sewing through the leather. It pretended to like it, the new zipper just slid into place and I had no problem sewing initially, but several sections of the stitching didn’t catch so there were big gaps.

I adjusted the tension and the thread started breaking. I changed to a different kind of thread and it broke too. Then the needle started hesitating – sometimes it would stick in the material and pull the whole thing upwards. The cats went into hiding.

I finally broke down and went out and bought some upholstery thread (maybe it was a little overkill but I wanted a good, strong thread) and some leather needles. It should have been easy-peasy. It was not. The thread still broke. I adjusted the tension again. The heavy duty sewing machine needle bent. I replaced it. The hubby suggested I just take the jacket to the tailor in the mall – he’s lucky to have escaped with his life.

I took a break to get my blood pressure back to normal and then gave it one more shot. One long seam without stopping like it should have done in the first place and the first half of the zipper was in place. The second side only took a couple of tries, which was kind of surprising because it was the harder of the two.

I have another thrift store jacket in the closet, a nice medium blue ski jacket, that also needs a zipper replaced. Actually, the zipper itself is fine, it’s just the little piece at the bottom that keeps the whole thing from separating that needs replacing. I may look into alternative fixes before resorting to replacing the whole zipper.

monoliteral ~ comprising only one letter 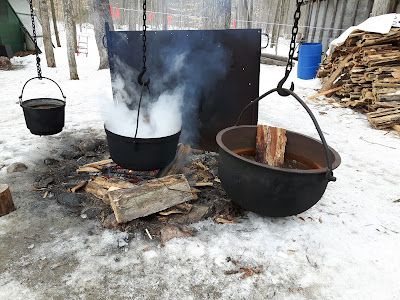 I survived March Break! Woohoo! And kudos to adults everywhere who also survived.

My sister dropped my great-niece off on Tuesday, and I took her home on Saturday. You’ll have to ask her whether it was a good visit or not – she certainly wasn’t any trouble. She’s not messy and she hardly eats, unless she had a stash of food in her room (like I did when I went to the retreat). She lasted all the way to Tuesday evening before caving and asking for the wifi password. LOL

I felt kind of bad that we didn’t really get out to do anything, having to babysit every day kind of limits what we can do. Although we did go for a trip to the sugar bush with the family of one of the granddaughter's friends.

The sugar bush, for those not born and bred Canadian, is like a big tree farm, where the trees are all maple and at this time of year get tapped with a metal spigot so the sap can be collected and turned into maple syrup, taffy, and or maple candy. Yum!

Sandy Flats, the sugar bush we went to, is about 160 acres. We went on a hay ride through the property and saw all the trees with their taps in place, we went on a nature hike where we saw many animal tracks including, my granddaughter insisted, werewolf tracks, and we got to peek into the shed where the sap was turned into syrup.

Before we left we lunched on pancakes and sausages, with lots of syrup of course. We had a great time and I may have spent a little too much money on syrup and maple butter to bring home with me.

The processing was a little more modern than I remember from when I was a kid, but the rest was pretty much the same. A trip to the sugar bush was one of the typical school trips for elementary school and not only do I remember the trip, I remember being grossed out by one of my classmates who had a peanut butter and dill pickle sandwich for lunch. :-)

The granddaughter starts kindergarten this fall – I wonder if she’ll get to go to the sugar bush on a school trip next spring . . .
at 8:00 AM No comments:

mutualism ~ belief in mutual dependence of society and the individual 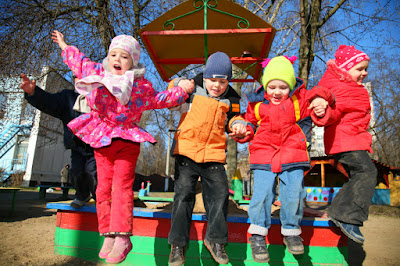 It’s the March Break. For kids it’s a whole week of freedom from school. For parents it’s a chilling preview of what summer vacation is going to be like. LOL

But even if you don’t have kids you can’t help but be affected by March Break. There are hoards of them everywhere. Need to drive somewhere? Watch out for the swarms of children who’ve decided that yes, they really can ride their bikes in the melting snow. Want a quiet walk in the park? Not likely. Planning a trip to Costco and looking forward to the free samples? Go early, before the March Breakers descend on the store like a plague of locusts. There are kids everywhere

When I was a kid, I used to spend the March Break up in Owen Sound with my aunt and uncle. I honestly can’t remember being driven all the way there, but I’m pretty sure my parents drove me part way and then my aunt and uncle would meet us at a pre-determined place and I’d be handed off like a football.

When I was older, early teens, I would take the bus from here to Toronto and my uncle would meet me and we’d go to the Sportsman Show before continuing on to Owen Sound. I loved looking at the boats and watching the fly fishing demonstrations and the sporting dogs being put through their paces.

There was one particular March Break that stands out in my mind . . .

I was probably 13 or 14 years old. It was raining when I boarded the bus at home and I was dressed appropriately for the weather. I met my uncle in Toronto and we spent the next 5 hours at the Sportsman Show. Now the event took place in one of the big buildings where the Canadian National Exhibition is held, which means it was a closed in space with no windows to see what was going on outside.

What was going on was the biggest snow storm of the season. We missed the express bus we were supposed to take, and ended up on the one that stopped at every little village and town along the way. Which turned out to be a good thing because we heard later that the express bus had been involved in an accident.

By the time we got to Owen Sound, the snow was so heavy that the ploughs had given up trying to keep up with it and were concentrating on keeping just the main roads open. My uncle’s car at the bus station was literally buried under a hill of snow so we ended up hitch hiking to his house, catching a ride in a TV repair van.

After all of that, the rest of the visit was pretty anti-climatic although I do remember my aunt had turned on the electric blanket on my bed so it was all nice and warm. :-)

This March Break I have a niece coming from Hamilton to visit. She’s older than I was when I went visiting, so I’m pretty sure we won’t be doing the crafts my aunt always had waiting for me. But I think it’ll be a good visit all the same.

Well, I made it home again from my retreat, but it was a near thing. There was a tiny bit of snow on the drive up; day two it rained; day three there was extreme wind (with the chance of us losing power; and day four we had snow added to the wind. One of the major highways was closed both ways due to accidents, but fortunately it was not the route I’d planned on taking. However, driving conditions were abysmal on the route I did take and I only narrowly missed getting caught up in delays by two other accidents along the way.

Obviously I made it home, but it was not without a price. The sinus cold I’d been fighting off before the retreat got its hooks in my head and chest and turned into the mother of all colds/flus. This kind of sent all my determination and good intentions packing last week and other than popping cold pills and babysitting (granddaughter also had a major cold so we were quite the pair) I didn’t do much of anything.

Did you know the only difference between a cold and the flu is that the flu comes with a fever? All this years I thought the flu was a stomach virus, but apparently a stomach virus is just that, not the flu. Someone forgot to send me a memo when that changed. Just like I never got the memo that instead of coughing/sneezing into your hand you’re supposed to sneeze into the crook of your elbow. Just suddenly one day everyone was doing it that way and I’m like, “what are you doing?”

The retreat itself was a lot of fun and I got a lot of writing done, although mostly short stuff from the workshop prompts. There were 15 of us in a big old manor house that overlooked Lake Simcoe. It was kind of interesting watching the frozen lake fill up with ice fisherman during the day, and then the lights from the snow mobiles when night started to fall.

The house is owned and administered to by a group of nuns, which accounted for its well stocked library of religious tomes and the insanely narrow, hard beds we had to sleep on. Being a house, not a hotel, we had to provide our own food and we were divided into groups to make lunches and suppers. There were a handful of food sensitivities in the group, and one vegetarian, and only one meal that had meat – a lunch that consisted of soup and sandwich fixings. You should have seen how fast that meat disappeared!

It was a good group – from a young screen writer to a research doctor writing her memoir. There were a couple of others writing life-based stories, a couple writing non-fiction, a few writing fiction, and the rest just writing.

All in all, I’d do it again. Maybe not in winter though. And next time I definitely want a room of my own. :-)