You know, for a short week last week (Monday was a holiday) it seemed pretty long to me. Fortunately, my selective memory has blocked out most of it. All I really remember is being too busy and too tired. LOL

The daughter is away for a conference in Halifax, Nova Scotia this week. This conference ends on Wednesday and she had the bright idea of us meeting in New Brunswick on Thursday for a mommy and daughter getaway plus visit to my sister who lives in Saint John.

Thanks to the miracle of Airmiles, we were able to make this happen. The daughter left late afternoon on Saturday and I’ll be leaving at *gulp* 4:30 a.m. Thursday to get to the airport the required two hours before my flight at 8:30 a.m. I sure hope there’s a MacDonald’s at the airport – I’d even settle for a Tim Horton’s for my coffee.

Anyway, needless to say the weekend was all about preparing for my trip. I made a list on Saturday morning and tried to prioritize it, but the weather was so nice I kept getting distracted. I decided against lugging my lap top all the way there – the only thing I’d really need it for is Facebook and I’m sure Facebook will survive without me for four days. :-D

My father-in-law gave me this handy little gizmo that you charge up and then you can use it to charge other electronic devices, so I dug that out and plugged it in. It seemed to take an obscenely long time to charge, so I’m guessing it really will hold enough juice for my phone, my tablet, and my Kindle. But I made sure my devices were all charged up anyway.

While the set of luggage we bought a few weeks ago came with a carryon bag, it seems a little unwieldy and since I really wasn’t going to have much in it anyway, I decided to take my new leather messenger bag instead.

However, because it’s so new it’s also rather stiff. I asked the daughter’s advice about softening it up and she told me to throw it on the floor and jump on it! That sounded just a little extreme, so I Googled it and believe it or not that was one of the suggestions. Okay, not exactly that, but it suggested whacking it with a rubber mallet. I opted for the more (to me) sensible suggestion of using leather conditioner on it.

I was actually kind of surprised, but by Sunday night I had pretty much everything on my list crossed off. All that’s left is the packing, which can wait until Wednesday night.

Did I mention I haven’t flown in something like 30 years? And I’ve never flown alone before. And I’m a little antsy about all the changes in airport security and what you can and can’t take with you on the plane – did you know you can’t even take a water bottle (unless it’s empty and then what’s the point?).

So…tune in next week to hear all about my adventures in flying.

Unless, of course, my plane gets hijacked by terrorists. :-D 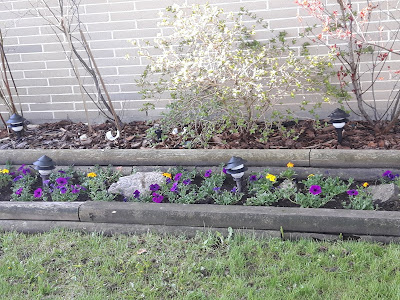 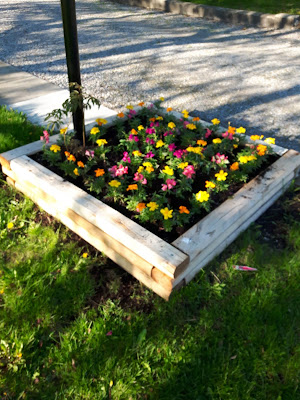 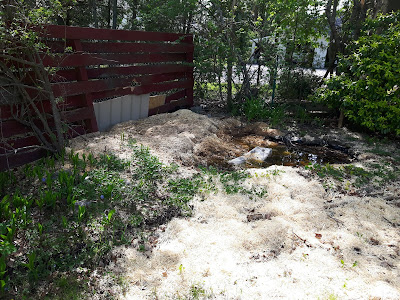 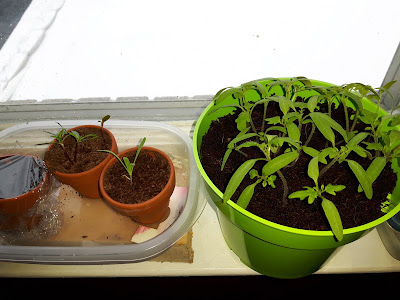 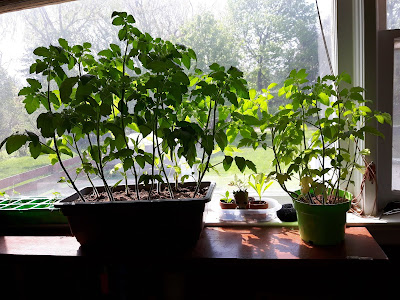 Once there was a fish and his name was Tiddler
He wasn’t much to look at with his plain grey scales
But Tiddler was a fish with a big imagination
He blew small bubbles but he told tall tales!

Those are the opening lines to the book, Tiddler, by Julia Donaldson and Axel Scheffler. If you have a small child, or grandchild, or a niece or a nephew – go buy them this book. Buy the other books by these two authors as well, there’s a whole series of them like Snail on the Whale and Room on the Broom, The Gruffalo - and many more. They’re all amazing books and I’m pretty sure the grandbaby has them all. We’ve read Tiddler so often we have it memorized. :-)

So it was only natural when I decided to get a Betta fish that we named him Tiddler. Technically he’s not really my fish, the grandbaby got to pick him out and name him. I just paid for him and all his stuff, and he lives at my house and I get to do all the work involved in keeping him alive. LOL

The last Betta I had was an amazing electric blue, red, and purple. He lived in a large jar with a plant growing into the water. His name was Merlin, and other than giving him the odd Betta treat, I didn’t have to do anything but admire him. He lived for just over two years.

At first Tiddler, who is a solid blue, lived in a half gallon Betta container that looked kind of like a castle. It came with gravel for the bottom and this stuff you put in the water to make it more tolerable for the fish. I bought him a ceramic archway to swim around.

He seemed happy enough… Actually, he creeped the daughter out whenever she was over because he would stare at you through the hard plastic side, always turning to face you if you moved. The grandbaby didn’t care though, she loved feeding him and she’d kiss the side of the container to say goodbye to him – and yes, he’d go right up to the side, almost like he was kissing her back.

But after about a week the size of his cube started to bug me. It seemed kind of small for him to spend his whole life in. And yes, I know in the stores you see Bettas in these teeny tiny little containers that aren’t much bigger than they are, but still…

So when I was out shopping on the weekend I picked up a bigger container – this one was a gallon and a half and came with a filter. It didn’t come with gravel so I picked some of that up as well – blue, as the grandbaby insisted on. And a bigger container meant a bigger decoration to swim around, so I bought him a ceramic castle.

Setting it up was half the fun (not!). I started out with the whole bag of gravel (after rinsing it as instructed) and ended up taking two thirds of it out again so I could get the filter in. The castle was too tall, so I went back out and got him an ancient urn with holes in it instead. And a couple of plastic plants for the heck of it. And a net to transfer him into his new digs and scooping out uneaten food.

Tiddler was not keen on being moved into a different container at first and sulked at the back by the filter for about a day. Can’t blame him really, for a filter with the brand name “Whisper” it’s kind of loud. But he likes the LED light, and finally he came out for a photo op. This morning I even got a picture of him inside the urn. 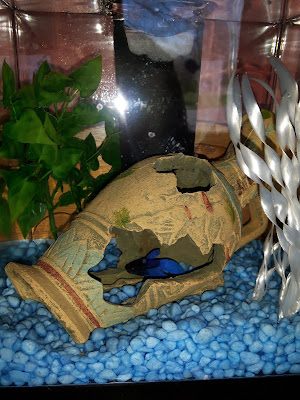 All I can say is, after all this time and effort and money he’d better live a good long while!

If I’ve learned anything in this past couple of weeks it’s how much we take life for granted and how quickly things can change.

It started with a touchy stomach, and then abdominal cramps. A week ago last Thursday I took my husband to the emergency room of our local hospital and he just came home yesterday, minus two lesions in his colon and several feet of bowel.

The wait in the hospital (four days) before surgery was hard. Harder on my husband, of course, who had a tube going through his nose and down his throat into his stomach, but hard on family and friends as well.

The wait during the surgery (seven hours) was even harder.

When something like this happens it’s a bit of a shock. We seldom contemplate our own mortality until it’s staring us in the face.

We were lucky. The surgery was a success and though we won’t get any definitive results until we see the doctor for a follow up on Friday, the prognosis is good. But it could have just as easily gone a different way.

I should know, it was right around this time many years ago that my father died of exactly the same thing.

I guess this is a bit of a cautionary tale. Don’t take your life, or the people in it, for granted. You never know what the future may bring.

Monday:
What I'm up to/planning to do
Wednesday
Non-fiction series