Merry, Merry Month of May 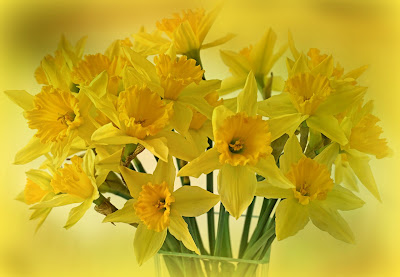 I don’t know which month is the official month for cancer awareness – I think the daffodils get sold in April – but for me it’s the month of May.

Back in February I was feeling a little off and despite the fact I’d had a colonoscopy two years before that came out clear, I wanted another one. And it was a good thing I did. They found a tumour and arrangements were made for me to have it removed.

It was a small tumour, and despite the fact it was in an awkward place the surgeon was pretty confident they could take care of it laparoscopically. Basically, by making 4 or 5 small holes in my abdomen and using special tools to take care of everything with a minimum of fuss.

I felt confident I’d have my four days in the hospital, take a week or two to recover, and then I’d be back to blogging.

But this is me we’re talking about, and things just never seem to go that easily for me. Bottom line, the laparoscopy didn’t work out and I woke up with an incision down the center of my belly (held together with an impressive row of titanium staples) and an ileostomy – also known as a colostomy bag.

It was a bit of a shock, but the doctor told me that it would only take an extra couple of days in the hospital for things to heal up and then they could do the colostomy reversal. So after about five days I had a CT scan that showed everything was healed up the way it should be and I was good for the reversal. However, due to circumstances beyond my surgeon’s control, it was not to be.

Having the surgery to remove the tumour and give me a colostomy was considered essential.

Having surgery to reverse the colostomy was not considered essential (except to me) under Ontario’s lockdown rules.

So they sent me home to wait for a new surgery date, which (thankfully) is May 27.

I don’t want to go into a lot of detail about the mechanics of having a colostomy bag – it’s gross at the best of times and for the first couple of weeks I had to wear a mask every time I had to empty it. It’s supposed to get replaced every 5 to 7 days, but mine didn’t last more than a day or two before they started leaking. Not moving helped, so did taking Imodium 4 times a day, and thank God for the VON – they make house calls and they are amazing.

Anyway, I meant to post this update on my condition a while ago, but I haven’t felt up to sitting at my desk. I probably could have waited until after my second surgery, but I don’t know how long I’m going to be in the hospital for nor how I’m going to feel afterwards.

The moral of this story is, pay attention to your body and if you think something is off get it checked out. It may save your life.

Email ThisBlogThis!Share to TwitterShare to FacebookShare to Pinterest
Labels: update, what I've been up to
Newer Posts Older Posts Home
Subscribe to: Posts (Atom)