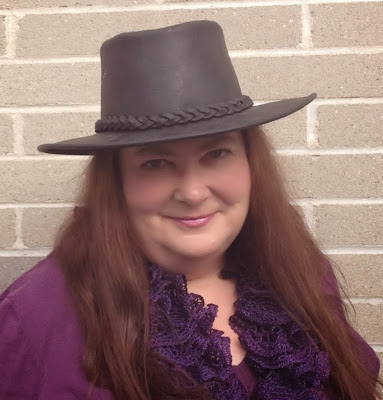 Okay, maybe not really another galaxy, but there’s always been speculation. ;-)

I can’t remember a time when I didn’t write. I started writing poetry in grade school and was introduced to the short story in high school. I was a voracious reader of science fiction and fantasy, so it's no surprise that these early stories reflected that.

Somewhere along the way I got it in my head that I was meant to be a writer of short stories. The only problem was, my stories tended to be rather long. So I went through a period where I didn’t exactly abandon my writing, but I really didn’t take myself, or my writing seriously.

Fast forward to 2006 when I discovered NaNoWriMo. The idea behind NaNo is to write a 50,000 word novel in 30 days. My novel was done at 34,000 words, so I didn't complete the challenge, but the point was I finished. It would take another two years after that before I completed the NaNo challenge, and two more after that before I released my first novel into the wild.

Today I have three novels under my belt with another one on its way. I write a variety of prose: non-fiction, flash fiction, short stories, and novels in a variety of genres: humour, horror, contemporary, romance, science fiction, and fantasy - sometimes all in the same story. I also write a great deal of poetry. I have completed the NaNo challenge six times, which means I have six 'almost there' novels sitting on my hard drive waiting to be finished. One of these days, if I can stop writing other stuff long enough, I might get around to completing them. ;-)

If you'd like to get in touch with me, I'd love to hear from you!
Most days you can find me lurking on Facebook.
I also have a Twitter account, but I don't hang out there much 'cause it's scary!
Or you can contact me the old fashioned way, via e-mail: crward.author(at)gmail(dot)com

I'm solar powered. If I go for too many days without an infusion of sun then I have no energy whatsoever.

The best coconut pie in the world is at the Park Restaurant in Harrison Park in Owen Sound.

At last count I had 1300 unread books on my Kindle.

The only rooms in my house that do not have books in them are in the basement, where I seldom venture.

I'd rather read the book than watch the movie.

I am a true winter's child - I love the cold and snow.

I've never met a craft I didn't like - or at least tried.

I have the attention span of a drunken kitten. I can be - oh, look! Squirrel!

Procrastination is my middle name.