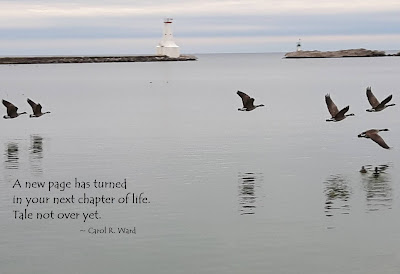 It’s hard to believe summer is almost over, isn’t? It seems like it just barely started and now it’s all but gone.

Now we’re headed into that narrow window of time where it’s still bright and sunny and green, but it’s cool enough for long pants and maybe a sweater. The time of year that never lasts long enough and makes me wish we had a fireplace.

It’s Sunday as I’m typing this, and I’m sitting out on the deck in leggings and a tee-shirt. And I’m actually feeling a little chilly, which is a nice break from hot and sweaty. I think the temperature is supposed to climb again this week, but not as high as the extreme temperatures we were experiencing. Kind of makes you wonder what’s in store for us this winter – mild or extreme?

We had a lot of rain last week, but that didn’t stop the youth bowlers (and their parents) from collecting in our back yard for the end of season bowling banquet. Bowling season came to a rather abrupt end with the Covid lock down so the kids never got their banquet or awards. They (those who run the kids bowling) had planned on having it at the park down at the waterfront, but someone made the mistake of asking the parks department first. Apparently, if they’d just gone ahead and done it there wouldn’t have been a problem. But because they asked first, there was all kinds of paperwork to fill out, plus insurance to buy, etc., etc.

Since the hubby has always been involved in the kids bowling, and we have that big, beautiful back yard, he volunteered (or maybe he was volun-told) to have it here. They took as many precautions as possible – cans of pop instead of cups, individual bags of chips instead of bowls, and the pizza was served by one person wearing gloves. All very socially acceptable.

The weather also didn’t keep my poetry group from meeting in the covered picnic area down by the beach Thursday night. There was a nice breeze coming off the lake to keep things cool, and one of the poets had the foresight to bring a battery operated lantern. Another sign summer’s over – the sun is starting to set earlier.

We’ll probably get to meet there again next month, but I think October will be problematic. I like poetry as much as the next guy, but somehow I don’t see myself wrapped in a blanket, huddled around a lantern for the sake of poetry. 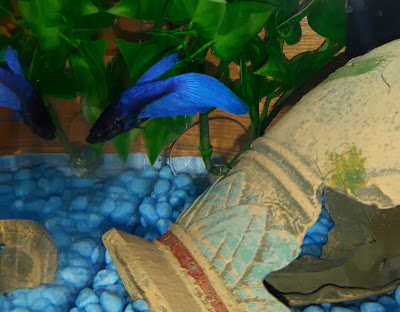 monostichous ~ in one line; in one row

That quote is taken from one of my favourite books I used to read to my granddaughter, Tiddler, by Julia Donaldson, illustrated by Axel Scheffler. I’ve read it so often I can probably still recite most of it by heart.

Actually, there are a whole series of books by Julia Donaldson and Axel Scheffler, but Tiddler remained our favourite. So much so that the granddaughter was desperate for a fish of her own, so being the doting Gramie I am, we went out and bought one. Blue being her favourite colour, she picked a blue Betta fish who lived at Gramie’s house so Gramie could take care of him for her.

Tiddler was not my first Betta. My first was multicoloured and named Merlin. Merlin lived in a large, glass jar with a plant sticking up out of it, which is not a proper environment for a Betta. In my defense, I didn’t know that at the time. The jar and plant were sold together for that purpose as a marketing ploy.

Bettas need a proper size aquarium, filtered water, and a heater. Some gravel in the bottom of the tank and a few plants to look at couldn’t hurt either. All of which Tiddler had. This could be why he lived for 2 ½ years and Merlin only lasted 1.

Yes, sadly Tiddler has passed away to the big fish pond in the sky. He was doing laps in his tank one morning last week (as he often did) and then ended up nose down in his favourite plant, pretending to be a leaf (which I’ve never seen him do before). At the end of the day he was still nose down and he was starting to lose his colour.

He was buried according to the super ancient and special fish death ritual – in other words, I wrapped him up in a maple leaf and buried him in the pond garden with a seashell to mark his grave.


metaphrase ~ turning of prose into verse or vice versa

The big excitement last week was buying a new mattress cover. I know, exciting stuff right? Wait until you hear the whole story.

The salesman said I’d want to run it through the washing machine before I used it, which only made sense, but then he asked if there was a plain spin cycle on the washer because it might need to be spun a couple of times.

What he meant to say was, if you don’t have a cycle that spins only instead of rinsing and spinning, you’re screwed. Also, you might want to unzip it and wash the padded part separately from the protective layer. 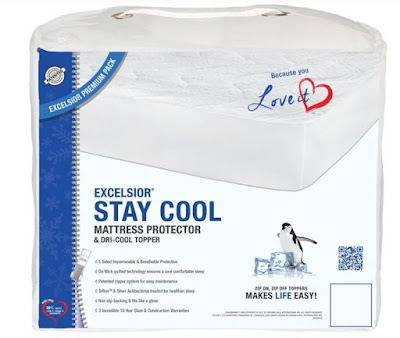 In my defense, I didn’t look at the picture that closely, so I didn’t realize it had a zipper and didn’t figure it out until after I’d washed it and took it out of the washer, giving myself a bath in the process. The padded part had spun dry(ish) but the smooth protective layer had not. And also in my defense, I read the washing instructions and it just said wash in warm water and dry on low heat, nothing about separating layers. In retrospect, that's probably why it separates.

So, not having a clothes line, I hung the padded part over the upstairs railing and left the sopping protective layer in the washer to attempt to spin some of that excess water out. It took me about three tries to get the setting right so it didn’t add water, but at last I got it to just spin. Twice.

I tell you, it's just more excitement than we can handle around here!


muniment ~ means of defence; record fortifying or proving a claim

Once again it was a quiet week last week. And I didn’t even have a trip to Costco to liven things up. I did, however, start a list of things we forgot to buy at Costco. LOL

We had just enough rain last week to make my garden happy. The peas are pretty much done, as are the green beans, and the yellow beans might need to be picked once more. However, the green beans my neighbour is growing on the fence are just starting, which is good timing because I’m not going to get buried in green beans.

I have no idea how the carrots are doing, other than they probably need to be thinned badly. They’re hidden under the beans and I’m leery about getting overly-friendly with the bean plants. The last couple of times I picked them my arms started stinging.

My beets are hanging in there, but they’re growing really slowly. I was able to pick enough small ones to feed the granddaughter and I when she was here for supper, but we were really splitting a single serving.

I have two teeny tiny little peppers forming, so I’m crossing my fingers for more. And I have two pumpkins in my pumpkin patch. But the plants are still blooming so I’m hoping for more.

The neighbour’s butternut squash are trying to take over my rose garden, and so far I have two nicely formed squash making it all worth while. Last year she had quite the bumper crop so we’ll have to see what this year brings.

In the insect world . . . The hubby and granddaughter found this bug a few weeks ago, and were curious about what kind of bug it was. 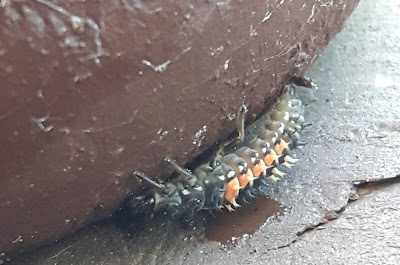 Looks like some kind of caterpillar, don’t you think? I did a Google search for caterpillars with that colouring, but came up empty. Then I changed the search to “long black bugs with orange on them” and to my surprise I immediately came up with a hit.

Turns out it’s the larvae form of the Asian lady beetle. So when it grows up it’s going to be a Ladybug – I didn’t even know they had a larvae stage.

Unlike the Japanese Beetles, Ladybugs are welcome in my garden any time.